Regular readers of this blog will know that we recently launched an integration with Nearmap, a provider of high definition aerial imagery. Integrating with Nearmap offers many benefits to solar installers, including allowing them to accurately design PV systems and to impress their clients with the crisp imagery in their proposal. As Nearmap CEO Dr. Rob Newman mentioned in a recent blog article, Nearmap “capture[s] the truth on the ground… [with] camera systems in planes flying over approximately 400 cities in the U.S. capturing highly accurate aerial imagery.”

As excited as the industry has been about the sales benefits of high quality imagery, little attention has been paid to the economic impact of its potential for reducing change orders.  A change order is defined as “a written order from the owner, architect, engineer, or other authorized person to depart from previously agreed upon plans and specifications for construction.”

In tangible terms, a change order can range from moving modules from one part of the roof to another because the customer had a change of heart, to realizing that you cannot fit as many modules on the roof as you wanted to due to obstructions you could not see on the roof.

For a term that is commonly used in the industry, there is precious little research that has gone towards quantifying the effect of change orders. A search of NREL’s website and database of publications does no more than acknowledge they exist and are important to manage, while looking through the archive of solar industry publications fails to unveil any research. Given that change orders are largely within the control of the solar installer, could it be that the solar community is unwilling to acknowledge that some of our own processes are the biggest impediment to our own success?

If so, it is time to talk about the industry’s dirty little secret if we are to have a hope of changing things.

To help us assess the significance of change orders, we conducted a simple poll of solar professionals who attended a recent Aurora webinar, which yielded responses from 107 individuals. The job functions of the survey group ranged from designers to salespeople and from c-level suite executives to entry-level employees. 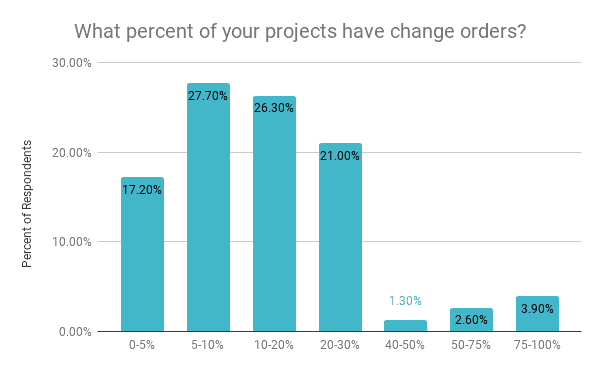 What about the financial impact of change orders?

It is important to note that not all change orders are created equal. Pey Shadzi, Operations Manager at Cosmic Solar, a family owned installation company in Southern California, explains that “a change order can range from a major redesign of the installation after the deal has gone into contract to a slight modification as the customer is evaluating different options.” Shadzi notes that, for Cosmic Solar, change orders typically involve only minor changes such as slight adjustments based on customer input.

To help account for the range of change order types, we looked at how much a change order costs. We assumed that a smaller modification would cost very little, whereas a significant redesign could run thousands of dollars. 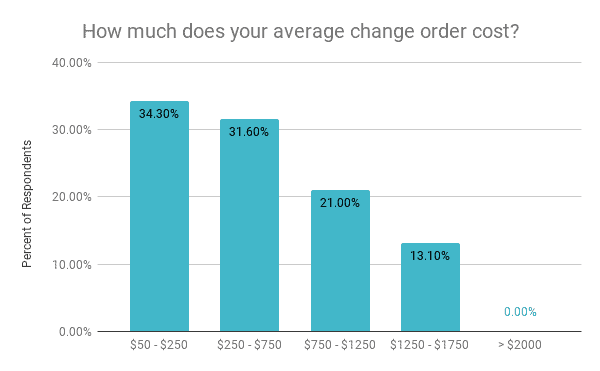 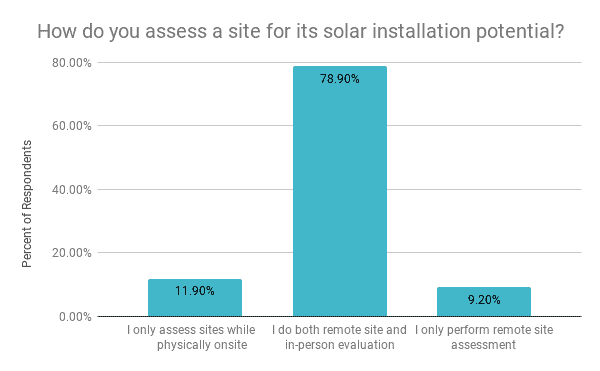 In our survey results we found that 88% of solar installers perform some degree of remote system design—meaning that they use some form of imagery in the development of their proposed solar PV system. It stands to reason that the more accurately that imagery communicates the conditions of the project site, the less likely they will have to change the design in the future.

This is where HD imagery comes into play; being able to get accurate measurements ensures that you will not over or underestimate the number of solar panels that can fit on a client’s roof. Crisp imagery allows Aurora’s computer vision algorithms to more accurately detect all the obstructions on a roof. Again, this allows solar installers to accurately forecast how many modules will fit on their roof, helping to reduce change orders.

Pey Shadzi remarks that using Aurora design software helps Cosmic Solar minimize the occurrence of change orders “because it allows us to measure the roofs with more accuracy. This allows us get our customers’ systems up-and-running sooner than if we had to make a change.”

1. Because respondents answers provided a range of costs that their change orders typically fall within, rather than exact costs, the weighted average was generated by randomly generating specific values for each respondent within the cost range they had specified. These values provided a basis from which to create a weighted average.↩