Getting new customers is a persistent challenge in the residential solar industry. In fact, while other components of the cost of solar have fallen over time, in 2017 GTM reported that the cost to acquire a residential solar customer had actually gone up!

But what if you could have a better sense of what factors influence whether a potential residential solar customer will be interested in taking the first step of talking with a solar contractor?

Could you more precisely target prospects who are more likely to install solar? Could you better tailor your solar sales and marketing messages to address the considerations that play the biggest role in their decision-making process?

With that in mind, NREL funded a study with exactly that focus. This article, the first in a series of three, examines some of the findings of that study and what they mean for your solar sales and marketing strategy.

About This Series and the NREL Study

The three articles in this Aurora Blog series explore the insights of a 2016 NREL-funded study entitled Explaining interest in adopting residential solar photovoltaic systems in the United States: Toward an integration of behavioral theories.

Through a large survey of homeowners who had not already installed solar, researchers from several universities examined the impact of different psychological and social factors on individuals’ interest in residential solar. The factors were drawn from three behavioral theories that offer potential explanations for why people decide to pursue solar.

The study used survey data from 904 homeowners who had not already installed solar in four U.S. states: Arizona, California, New Jersey, and New York. The content of the surveys was built from each of the three theories and conversations with leaders in the residential solar industry.

Our series examines the findings of this NREL study, and other related research. Each article explores one of the behavioral theories considered in the study, highlighting what insights it offers for solar customer acquisition.

In this article, we share takeaways from “diffusion of innovations” theory that explains solar adoption through the lens of how people perceive and adopt new innovations. In future articles, we’ll highlight findings from the other theories considered.

The Diffusion of Innovations Theory

The diffusion of innovations theory (DOI) describes the process by which an innovation diffuses through society as a result of media communication and person-to-person interaction.

According to the DOI theory, a consumer’s process for adopting an innovation occurs in five stages: 1) their knowledge or awareness about it, 2) persuasion or the formation of their attitude about it, 3) their decision about whether to adopt the innovation, and if so, 4) implementation and 5) confirmation (deciding whether or not to continue using it.

There are a number of factors that impact the speed at which the individual moves through these five stages. One is the “innovativeness” of the potential adopter—the earliest adopters tend to be innovators who actively seek information about technology to assess its benefits.

Five additional factors about the way an individual perceives an innovation like solar influence their likelihood of adopting it and how quickly they decide to adopt it:

The study survey included questions related to each of these variables drawn from DOI theory to assess how they impacted a prospect’s decision-making process. These factors offer some valuable insights into how you may want to frame your marketing messages and sales conversations.

The researchers found that DOI variables accounted for a full 31% of the variation in individuals’ responses to survey questions.

In particular, the study found that a prospect’s perception of the relative advantages of going solar was the most significant indicator of their interest in talking with a solar contractor. Having observed solar (such as seeing solar on a neighbor’s house) helped increase their sense of relative advantage and reduce their perceived sense of solar’s riskiness. 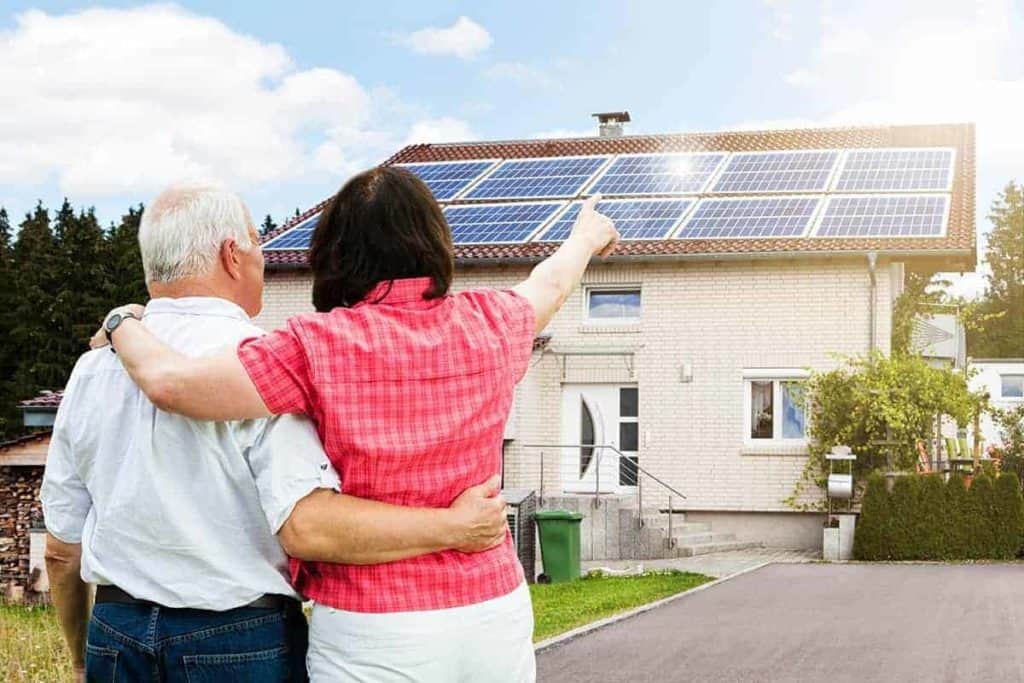 Observing solar, including conversations with peers with solar, was one important factor in prospects’ interest in talking to a solar contractor.

Additionally, prospects’ interest in seeking out new technologies (a measure of their “innovativeness”) had a strong positive impact on their interest in contacting a solar installer.

There are a number of practical implications of the study’s findings based on diffusion of innovations theory. Contractors and their sales and marketing teams can keep these insights in mind when shaping their messaging and considering how to approach sales conversations.

Consider framing your marketing and sales messages in ways that emphasize the advantages of solar compared to the customer’s status quo. For instance, you may want to highlight the savings and greater control it offers over utility bills or increased home value. Although the study focused on prospects’ existing perceptions of solar, this was one of the most important factors in study participants’ interest in solar.

And, since compatibility with the customer’s lifestyle and whether the process is perceived as simple or complex are also important factors, you want to ensure that you make the process as simple as possible,

Early Adopters of Other Innovative Technologies May Be Good Solar Prospects

Because “innovativeness,” or a person’s eagerness to adopt new technologies, is a strong indicator of their interest in talking to a solar contractor, one customer acquisition strategy may be to target your marketing and sales outreach toward those who have adopted other innovative technologies.

Many contractors currently target consumers who are early adopters of other environmental technologies like hybrid and electric vehicles. The NREL researchers suggest also approaching consumers of other innovations such as “smart home” technologies, like smart thermostats. They point to the fact that homeowners who use home automation may be attracted to an online solar platform that allows them to monitor their energy usage and generation.

The Importance of Trust and Overcoming Prospects’ Sense of Risk

Finding ways to connect your customer with trusted sources of information about residential solar can help with sales success. The researchers state that “potential adopters need assurance from trusted sources of the personal benefits of RPV.” These can be neighbors with solar or neutral, third-party sources like government agencies or nonprofit organizations.

This kind of information impacts a prospect’s curiosity about solar as well as their willingness to talk to a contractor. The researchers also suggest offering contractual guarantees of system performance to increase consumer confidence. Aurora users could also highlight the NREL validation of the accuracy of their solar software.

Observability and the Power of Peer Influence

Because observability plays such a big role in customers’ decision-making, it may be helpful to think about creating opportunities for interactions between homeowners that help share the benefits of solar. Other studies have documented this, such as a 2012 California study that found the more common solar was in a zip code, the greater the likelihood of another household adopting it.

Contact with neighbors who had installed solar before an installation was the single most effective strategy for speeding decision times as it increased confidence, a sense of trust, and an understanding about solar’s convenience and relevance.

The Texas study suggested that contractors design incentive structures and communication platforms that facilitate peer-to-peer interactions, such as online social platforms or referral programs, because they have the potential to decrease individual decision-making time by over six months.

You might also want to target your marketing and sales outreach to neighborhoods where solar is already present, since neighbors of current solar customers will likely feel more comfortable with solar.

Understanding the psychological and social factors that impact the decision making process of homeowners considering solar can help contracting companies frame their marketing and sales communications. Findings from this study based on diffusion of innovations theory, offer insights into effective ways of engaging prospects and increasing solar sales success. In subsequent articles, we’ll discuss findings from two other behavioral theories that offer implications for solar customer acquisition.

About This Series: Solar Sales Tips from 3 Theories of Solar Adoption

In 2016 the National Renewable Energy Laboratory (NREL) conducted a study that examined the decision making process of residential solar prospects through the lens of three behavioral theories. They sought to provide solar industry professionals with insights about the social and psychological factors influencing homeowners when they considered whether or not to adopt PV solar, in order to help increase the solar adoption rate.

In this three-part series, we look at each of these theories and discuss the key variables explored in the study and in related research. The series seeks to provide contractors information that can enhance their sales and marketing efforts.

Part 2. Solar Sales Insights from the Theory of Planned Behavior

Part 3. Solar and the Environment: Surprises from the Value-Belief-Norm Theory